to move
to influence
to create a result 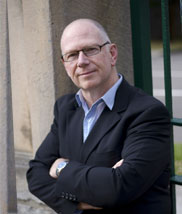 Phil Dye has been communicating professionally for more than 30 years.

As a corporate trainer, Phil has worked with some of the worlds largest companies such as PeopleSoft (Oracle), Vivendi and HSBC to help them communicate more effectively. Current local clients include Salmat, Ricoh, ICA and Alexander Mann Solutions, with his most popular workshops being "Better Business Writing" and "Media Interview Training".

As a journalist and social commentator, Phil has written on topics as diverse as fatherhood , the role of the mass media in society and corporate citizenship. His first book, ("The Father Lode"), was published in 1998 by Allen and Unwin. His next book, "101 ways to improve your business writing" was published in 2004.

Phil's mass media appearances have covered a variety of topics from business communication to sports language, to gender issues and include programmes such as A Current Affair, Mornings with Kerrie Anne and Life Matters. His most recent appearance was in the July 2005 SBS Insight Programme.

Phil is also a writer for the Melbourne Age and Sydney Morning Herald opinion teams. He is known as a "lateral" writer who takes an alternative view on current issues. His most recent Herald article on mandatory castration for sex offenders has influenced policy making in several Australian states.

As the Head lecturer in Business Communication and Business Dynamics at Sydney's APM Training Institute, Phil has trained thousands to communicate more effectively.

Phil is also an accomplished professional musician who has provided music for the ABC, released three CDs and performed to members of the Royal Family in London.

Phil is a strategic alliance partner of Movéo and an accredited facilitator for Movéo programmes.

To read our Testimonials, please click on a logo.